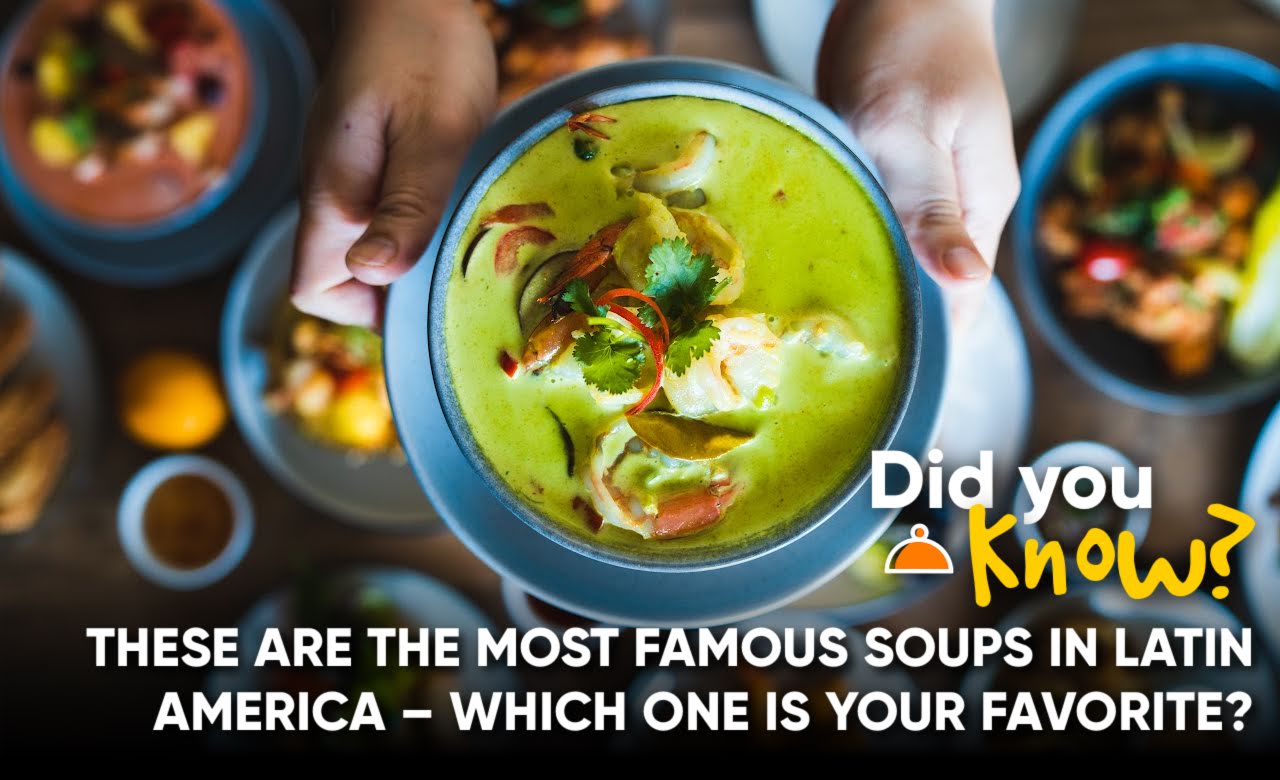 These Are the Most Famous Soups in Latin America – Which One Is Your Favorite?

Latinos are known for loving their soup, or caldo. No matter how hot it is outside, one peek into a Latino kitchen, and you will most likely find a pot of stew boiling on the stove.

Our love of pairing our favorite dishes with a warm bowl of soup is unmatched, thus creating some of the most delicious brew recipes.

With so many options to choose from, here are some of the most famous soups in Latin America that you should add to your list of must-tries.

You can’t go to Mexico without trying some menudo.

Menudo is a traditional Mexican stew made of honeycomb tripe (cow’s stomach), hominy, and spices. Menudo is one of the most emblematic stews served in Mexico due to its unique ingredients, texture, and chile-based broth.

Sancocho is arguably one of the most renowned soups in Latin America. While there is some debate regarding the origin of sancocho, it is believed to have its roots in the Canary Islands during colonial times. When the Spaniards took them to the Caribbean to serve as enslaved people, the recipe began to spread throughout the Caribbean and Latin America.

Nearly every country has its own variation of this delicious meal, thus making it a truly versatile dish. Generally speaking, sancocho consists of a stew made with pieces of meat, vegetables such as corn, cassava (yuca), and potatoes, as well as herbs like cilantro.

In the mood to enjoy some of this delicious soup? Try this Colombian version to introduce you to the world of sancocho.

For lovers of all things seafood, this one’s for you. Encebollado is a traditional fish stew from Ecuador made typically with tuna, cassava, pickled red onion slices, and cilantro. This combination of ingredients creates a savory soup that is loved not only by Ecuadorian natives but also by tourists and other countries in Latin America.

Pozole is a traditional soup of Mexican cuisine and one of Latin America’s favorites.

It is a corn-based stew with meat (usually pork or chicken) seasoned with shredded lettuce or cabbage, chiles, onion, garlic, radishes, avocado, salsa, or limes.

The three main types of pozole are white (without additional sauce), green (with tomatillos, epazote, cilantro, or jalapeños), and red (which replaces the green sauce with one prepared with one or more chiles).

Asopao de gandules is a great Puerto Rican dish to eat on a cold night, as it is hearty, hot, and comforting.

Asopao is the national soup of Puerto Rico. The term refers to a family of soups/stews that you can prepare with vegetables, pork, beef, chicken, shrimp, seafood, or a combination of these as the main ingredients.